When To Start School? Should You Hold Your Kids Back?

When to start school? There is a common fear amongst parents that holding their kids back from school (sometimes referred to as ‘redshirting’) may cause them to fall behind. In contrast, many parents want to return to work as soon as possible and in order to do so they send their kids to school early. Recent research by the University of New England provides some insight into the effects of delaying a child’s formal schooling and gives evidence towards the fact that it has little to no impact on their maths and reading ability later in life.

Socialisation is another reason why parents may fear sending their children to school and delay their enrolment. Parents may fear that children aren’t developed socially enough to commence their formal education when the time comes. Similarly, they may think that their child will perform better if they enter school at an older age. One U.S. study provides anecdotal evidence that starting your child at school early can benefit them, and this evidence is collaborated by another U.K. study that demonstrated 15.4 per cent of people of Indian origin (followed by Chinese at 12.8 per cent), are most likely to be in elite professional roles in Britain. These cultures typically eschew redshirting.

The effects of holding children back from starting school are well documented and minor. Data shows that children from disadvantaged families are held back less often than from privileged families and that boys are more likely to be held back than girls.

When the NAPLAN results for reading and numeracy of children who were held back were compared with those who were sent to school when first eligible, there was no discernible difference in their academic performance. The research suggest “delayed school entry does not have a large or lasting influence on basic reading and maths skills in middle primary and lower secondary school.”

School entry cut-off dates vary on a state to state basis. In most states in Australia, children may start school if they’re born between January and the cut-off date and are aged four. Alternatively, they can be held back an extra year and start at age five and a half. The exceptions are Tasmania and Western Australia where kids must be five years old before commencing school and where delayed enrolment is actively discouraged.

There is some evidence that ‘redshirting’ benefits tertiary enrolment rates. However, the evidence that exists has been widely critiqued as relatively thin and too reliant on old studies.

When considering the social effects of ‘redshirting’, it should be considered that social immaturity is not link to cognitive immaturity. Younger children can benefit from the challenge of being with older children and strive to keep up. Children may see the age difference as a challenge and work harder than they otherwise would to keep up with the older group.

If you do make the decision to delay school entry make sure your child attends a high-quality early education program to maximise their learning and development during that year. WillowBee is open to care for your child from Monday to Friday. Contact us on 02 9417 6777 to ask when to start school 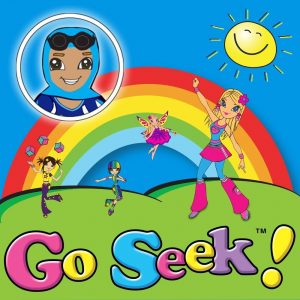